Dementia is caused by damage to brain cells and their ability to transfer information to each other and the body. The symptoms can manifest in various ways, depending on which part of the brain is affected. In patients suffering from Alzheimer’s disease, the hippocampus is affected, which is the part of the brain responsible for learning and memory. This is why memory loss is often the first symptom and the most notable over time. Other conditions that can cause dementia are thyroid disorders, alcohol, and depression. Successful dementia care requires a caretaker to understand the unique manifestations of this symptom. With Alzheimer’s associated dementia, there is currently no cure or treatment that is able to stop or slow it’s progression. Alzheimer’s care consists primarily of supportive care.

In this installment of a multi-part series, we will discuss poor judgment and changes in reasoning.

When your loved one who suffers from dementia suddenly begins hoarding or accusing people of outrageous things, it is important to remember, it is not their fault, they are victims of their own brain’s decay. As brain cells deteriorate it may manifest in delusions, hallucinations, and alterations in beliefs. It is common for an Alzheimer’s patient to accuse someone of stealing their belongings. This may be due to altered perceptions and poor judgment, or it can be how their memory has allowed them to reason missing items’ locations.

If you are the subject of unfounded accusations, do not argue. The thoughts are not rational and arguing will not change the perception. The accusations are due to an alteration in the brain, not based on sound reasoning. When you argue, it will only add fuel to the fire and result in both of you becoming (more) agitated.
If someone else is the subject of accusations, it is important not to immediately rule it out as fact. Although an egregious accusation is likely to remain unfounded, there may be some truth to some statements. For instance, if your mother accuses her caregiver of touching her in inappropriate places, it is very possible that she misinterpreted her caregiver changing her brief for something inappropriate. However, it would be poor judgment on your part to completely dismiss it as it may require some investigation to determine what she means. The reality is, some people do take advantage of the demented because of their unreliable memories. 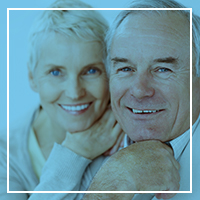 Assess the validity of the accusation. Most commonly dementia patients accuse someone of stealing something that they have simply misplaced. You can offer some comfort by being reassuring and helping to look for the missing item. Remaining calm is essential.
You can offer explanations, but be sure to keep them short (remember attention span). In late stages, therapeutic lies may even be beneficial and help to de-escalate a situation. Therapeutic lies are not intended to trick someone, but rather help to offer an explanation to their delusion aside from “you’re delusional.” If you do lie, make sure that it is simple and with the pure intent of calming someone down.

In our next installment, we will discuss confusion about place or time.