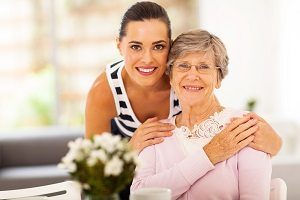 When you don’t want to do something another person suggests, what do you have a tendency to do then? Most of us might not admit it, but we generally have an argument against doing that activity. You talking about assisted living facilities, there may be a number of arguments seniors have to not discuss this option any further.

It can be frustrating, especially if you’re concerned about the safety of an aging family member or other loved one, but they just won’t listen. Here are three common arguments some seniors make against assisted living. When you are aware of these potential arguments, it can put you in a better position to counter those arguments with facts, information, and something more tangible they can sink their proverbial teeth into.

Potential Argument Against Assisted Living #1: I’m fine.
It’s simple, it’s direct, but is it the truth? It’s easy for somebody to say they’re fine, that they don’t need help, but how many times has this individual called for assistance in the past few months? Maybe they call on a friend, adult child who lives close by, or someone else for assistance getting groceries in from their car, getting the garbage out, or taking them to an appointment.

Saying they’re fine is one thing, but they need to be able to support that statement with truth.

Potential Argument Against Assisted Living #2: I don’t want to move.
If the senior has been in the same house for decades, that’s a reasonable argument. If they’ve only lived in this particular apartment or condominium, for example, for a few months or a year or two, they don’t have the same attachment to it. Then, this type of argument is more about fear of the unknown than it is about comfort.

What can you do for the senior who has lived in the same house for many years? Ultimately, it’s up to any senior to decide where they want to live with the type of care and support they receive. If they’ve lived in the same house for all these years, you need to respect that, but you can also inform them about so many opportunities they could be missing out on that can be found at assisted living.

Potential Argument Against Assisted Living #3: That’s where you go to die.
When people don’t know what assisted living is all about, this may be a common argument. They assume that’s were family members want them to go because it’s the end of their life. Those who know the truth about assisted living understand that’s completely the opposite of reality.

In reality, assisted living is where seniors go to have a higher quality of life, enjoy their days more, make new friends, and experience new activities in life.