The mention of the word dementia can bring up feelings of fear to those who have loved ones suffering from it to feelings of uncertainty as some dementia types are progressive. Serenity Gardens in Friendswood, TX, aims to dispel some of the uncertainty you may have with regards to the causes of dementia with this blog post. We offer assisted living care for those suffering from Alzheimer’s and dementia. Schedule a visit today! 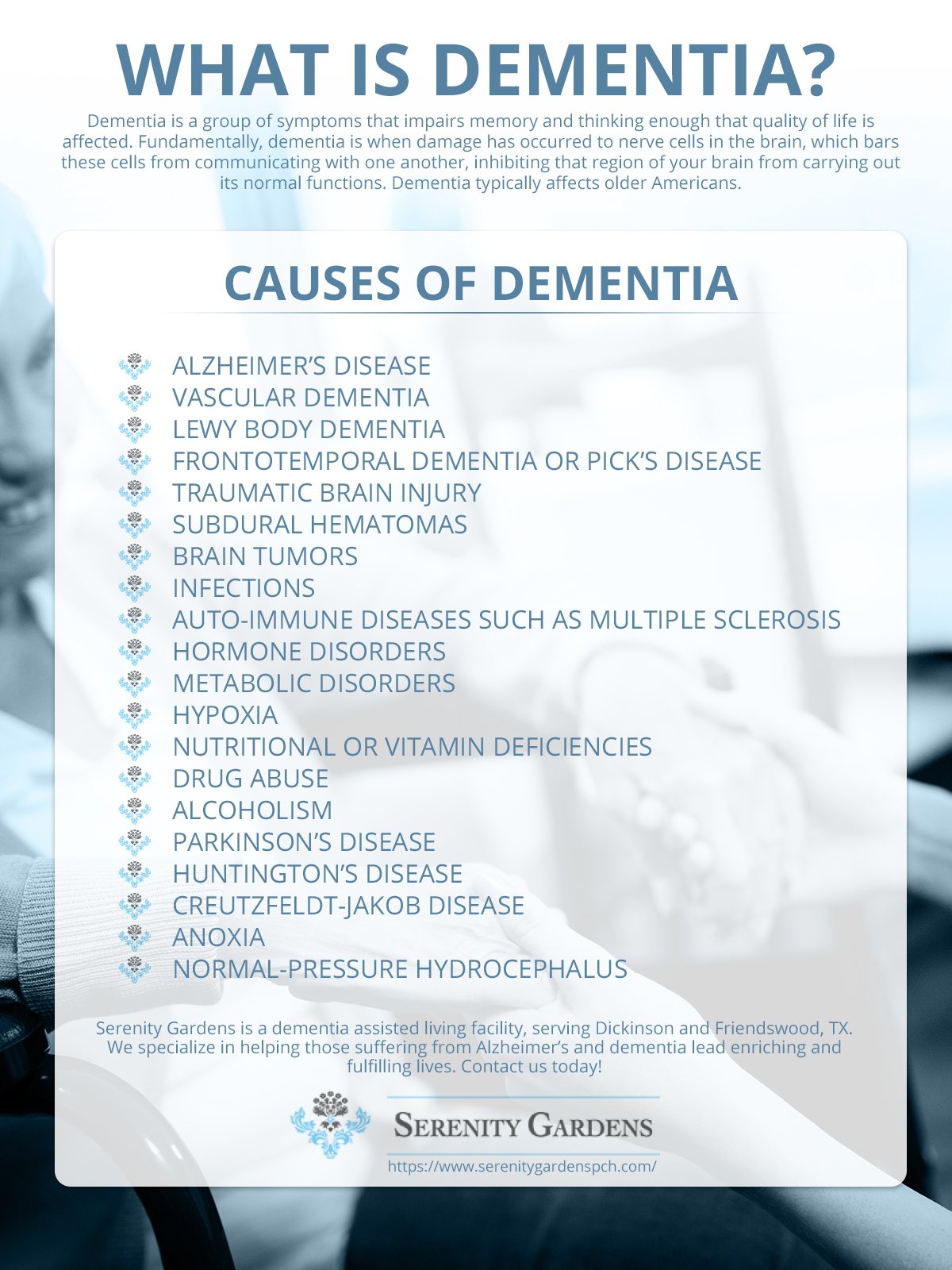 Dementia itself isn’t a disease; it’s a group of symptoms that impairs memory and thinking enough that your quality of life is affected. Fundamentally, dementia is when damage has occurred to nerve cells in the brain.

The causes of dementia are varied as one can see and some are reversible and some aren’t, and some we can somewhat control and some we have no control over. The best prevention of dementia is to take care of your body as much as possible. Eating healthy, exercising, and avoiding recreational drugs can help prevent these conditions from occurring.

Serenity Gardens is an assisted living home in Friendswood, TX, that is designed to be just like home. Pets and children are always welcome and family is a priority. We are an assisted living home focused on memory and dementia care. Our compassionate caregivers help with daily needs such as bathing or grooming, ensuring residents take their medication, transporting them to the doctor, and providing three home cooked meals a day that is focused on nutrition. We help those suffering from dementia and memory loss lead an enriching and fulfilling life. Contact us today!