Social isolation is a very common problem among older adults, but it’s also one of the least talked about problems. 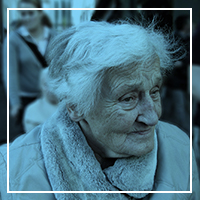 More and more older Americans are choosing to live at home by themselves. In fact, according to a 2014 report conducted by the Pew Research Center, 26 percent of Americans who are 65 years old or older live alone. While there are benefits to staying home and living by yourself, like being able to eat, sleep, watch or read what you want, when you want to, there are downsides as well, the biggest being social isolation. When you no longer have a regular job to go to, and it becomes difficult to make it to social outings with friends and family, it’s all too easy to isolate yourself.

Social isolation is an incredibly common problem among older adults, and a big reason for this is the growing number of people choosing to live by themselves. But unfortunately, it is also one of the least talked about problems, and many people have no idea how serious it can be. That’s why your friends at Serenity Gardens have come up with this list of need-to-know facts about social isolation:

#1. Social isolation can be deadly.

While many people understand that social isolation can be demoralizing, many people don’t realize that it can put you at a higher risk of death. One study, conducted by the Proceedings of the National Academy of Sciences, found that, for people who are 52 or older, isolation and loneliness are correlated with a higher risk for mortality. This may be due to the fact that people tend to confide in friends and family about health problems, and many times, it’s friends and family who encourage them to get the treatment they need. Additionally, social isolation causes depression, and that can make it difficult to get out of bed, let alone stay on top of your health.

#2. Loneliness is related to cognitive decline.

A psychologist and neuroscientist from the University of Chicago, Dr. John Cacioppo, studied isolation for many years — 30 to be exact. Among his many findings, was that feeling lonely is linked with faster cognitive decline, as well as insufficient cognitive performance.  The fact of the matter is that people are social beings, and if we don’t get the social stimulation we need, it can have both neurological and physical effects.

Did you know that one in 10 Americans aged 60 or older has experienced some form of abuse? At least that’s what the National Council on Aging has found. In the same study, it was determined that social isolation was among the top things that make people more vulnerable to elder abuse.

Social isolation is a common problem, but that doesn’t mean that it’s not a serious one. Luckily, with our assisted living facilities in Dickinson and Friendswood, your loved one can find the social interaction they need to stay happy and healthy. And unlike most assisted livings, we even offer memory care! Learn more about our facilities, or schedule your appointment to take a tour, by visiting us online today. Also, be sure to stay tuned for our next blog to learn more facts about social isolation.