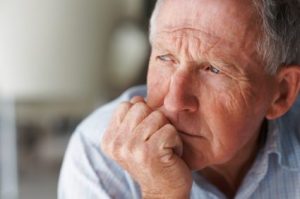 By the time that Nick’s father had his second heart attack, it seemed that there was no doubt anymore that it was time to seriously consider assisted living. The only problem was that anytime that Nick had brought up the topic of having his father move into an assisted living facility, it was met with dismissiveness, then anger.

Nick did what he could to help support his father through the past couple of years, even being there to take care of the lawn, take the garbage out, help him cook meals and do the laundry, and a host of other things that took time away from the things that Nick enjoyed most in life, like spending time with his wife and his own teenage sons. Still, his father didn’t seem to want to listen and instead Nick tried to do what he could to help.

When he met with the doctors at the hospital after the second heart attack, they told him that his father was going to need much more direct care now, especially to make sure that he didn’t overdo things, overexert himself, and also to get the level of exercise that was appropriate for his physical condition.

It was at that moment that Nick knew there was just no way that his father would be able to manage the big house and he couldn’t do anything more than he’d been doing all along. He considered hiring a live-in caregiver, but the idea still didn’t solve the problem of being out in the middle of nowhere with a large property away from most resources.

Nick had researched assisted living for a long time and he had found a couple of facilities closer to his home that seemed ideal for his father. They were ideal for people who were active and still liked to live independently, but they also afforded the right level of support when it was needed. His father wouldn’t have to worry about making his own meals, he’d be able to meet new friends and be active, and he wouldn’t feel as isolated as he did in his house.

Nick knew deep down in his heart that his father needed to move to a personal care home, and he decided that he was going to approach the subject differently this time than other times he brought the subject up. This time, he talked about all of the things that his father would need to tend to in his home – the meals, the cleaning, the maintenance, etc. When his father heard the long list, he was the one who brought up the idea of moving. This opened the door to the possibility that his father would be in a better living situation, with more opportunities and better care.

When researching options for assisted living in Galveston, TX call us at (832) 315-3219. Assisted Living counselors at Serenity Gardens are available to talk with you about your caregiving needs while providing better, affordable care for you or a loved one.