Falls are a serious issue for seniors, but there are many myths about falls out there.

If you’ve read our blogs over the last month, then you already know that we’ve been focusing on falls. Why? Because falls are very common for seniors, and a single fall can lead to serious injury that puts your independence at risk. The bottom line is that falls are serious, but there are so many myths out there about falls, that some people don’t take them as seriously as they should. That’s why your friends at Serenity Gardens have set out to debunk the most common myths about falls.

Myth #1. Falls are a normal part of the aging process.

We already addressed this myth in a previous blog, but it’s so big and common that we think it’s worth revisiting. While it’s true that falls are common — one in four Americans aged 65 or older fall every year — the fact of the matter is that falls are not a normal part of the aging process. It’s dangerous to get in the mindset that falls are normal and unpreventable, especially when there are so many things you can do to prevent falls.

Some people think falls are an unavoidable part of the aging process, but on the other side of the spectrum, some people are so confident that it won’t happen to them, or that they’ll just be able to get up again no problem, that they don’t even try to prevent falls from occurring. While it’s good to be confident, that doesn’t mean that you shouldn’t prepare for the worst. The fact of the matter is that you could fall, and you could get hurt, so it’s important to take steps to protect yourself, even if you’re healthy and strong.

Myth #3. The less activity I do, the lower my chances of falling.

Some people are so afraid of falling that they stop doing any activity that puts them at risk. But, by limiting their activity, they are actually putting themselves at a higher risk of falling and getting hurt. Why? Because strong muscles are an essential part of maintaining your balance. In fact, one of the most common things that put people at risk for falling is weak muscles and inactivity. 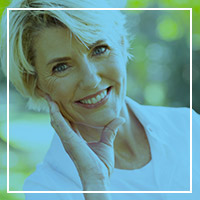 If you have concerns about falling, it’s important to bring them up with your family and health care provider. While they may suggest modifications, like handrails, a walker or shoes with more grip, that may feel like a loss of independence, but are actually helping you maintain your independence for longer.

There are so many myths and misconceptions about falls, and in our next blog, we’ll be going over a few more of them, so make sure to stay tuned to learn the truth about falls in seniors and older adults.

In the meantime, if you or a loved one has dementia or is just looking for a safe, home-like environment, visit us online to learn more about our assisted living with memory care in Galveston.